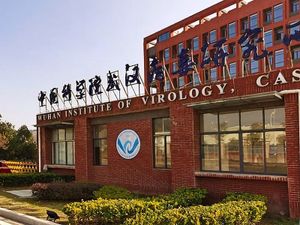 This is an excerpt from Tangle, an independent, ad-free, non-partisan politics newsletter that summarizes the best arguments on the right and left — then my take. To get the newsletter in your inbox, you can subscribe by clicking here.

I wish it wasn’t necessary to start this way, but I think it is: when discussing the lab leak theory, it’s worth reiterating that there is a difference between the Chinese government and the Chinese people.

At a time when anti-Semitic attacks on Jews are ramping up, seemingly tied to the actions of the Israeli government, I’m even more sensitive to the fact that many Chinese people (and Asian-Americans more generally) are experiencing racism domestically thanks to the actions of the Chinese Communist Party and its failure to contain the coronavirus early on in the pandemic.

With that out of the way, it’s also worth noting how illustrative early responses to the lab theory are of a larger issue in our discourse now, especially on the left and in the mainstream press. Many people, indeed many reputable newspapers, pushed back on questions about the Wuhan lab by labeling it a “conspiracy theory” and disparaging anyone who floated it. Some even claimed questions about the Wuhan lab were tied to “good old fashioned racism.” Others, like New York Times reporter Apoorva Mandavilli, are still calling it racist.

Facebook blocked the sharing of a 2020 New York Post column that first raised the question of the Wuhan-lab-leak theory. It was only yesterday, after months of “experts” legitimizing the idea, that Facebook lifted its ban on posts calling coronavirus man-made. Twitter also suspended the account of a Chinese virologist who suggested that the coronavirus was made in a lab. YouTube took down several videos. Dozens of other writers, scientists, and news outlets have also experienced varying degrees of censorship across Twitter, Facebook and YouTube for asking some smart questions about the Wuhan lab.

This entire episode is precisely why I have repeatedly railed against social media companies throttling stories. I made the same case when Twitter and Facebook blocked The New York Post’s story on Hunter Biden’s laptop, which (to Jack Dorsey’s credit) Twitter has now admitted was a mistake. In May of 2020, around the time most mainstream outlets were dismissing the lab theory as conspiracy nonsense, I first dug into it in Tangle. I’m proud to re-read that edition now:

It’s important to parse these things: “escaped from a lab” doesn’t mean the virus is man-made. It also doesn’t mean it was a bioweapon or intentional or is a kind of virus that was genetically modified. The idea that the virus “originated in the Wuhan lab” seems to translate to “was designed to kill Americans” in the brains of a lot of people.

Or, was designed at all. If this virus came from the Wuhan lab, and if an outbreak started there, it seems far more likely that it was accidentally transmitted to a researcher from a subject of one of their studies than anything else. Is this possible?

Apparently, it is. I didn’t think so a few months ago and I said as much. Dr. Fauci has also shot down the theory that someone found the coronavirus in the wild, brought it to the lab and then it escaped, though it was not immediately clear what evidence he had that made that theory unlikely. Still, right now, the Tom Cottons of the world seem to be operating on common sense and connecting the dots, while the people who understand how viruses are built seem pretty convinced this did not come from a lab. I find Cotton’s theory enticing and attention-grabbing, but after a few deep breaths, I’d bet this is all a horrible naturally occurring accident.

All of this has held up fairly well. Yet, at the time I wrote it, my inbox was inundated with people leveling the same accusations I had seen elsewhere: I was “giving oxygen to a conspiracy” or “perpetuating the racist idea that China’s labs were unsafe.”

It turns out none of that was true. And guess what? The lab leak theory still may not be the answer. We shouldn’t overcompensate here. It probably isn’t even the most likely theory. But it’s a theory — and there are plenty of reasonable, non-racist, valid scientific reasons to think it’s plausible. That mainstream reporters, social media companies, liberal politicians and a collection of vocal scientists spent more than a year dismissing it as a conspiracy theory, censoring debate over the theory online and labeling people “racist” who inquired about it speaks to how polluted our discourse has become. But it’s a good reminder of why handling controversial topics that way is almost always a bad idea.

Thankfully, some brave voices have continued to examine this issue critically. Josh Rogin at The Washington Post deserves a special shoutout for repeatedly, relentlessly and continually inquiring about the possibility of a lab leak. Others, like former Times reporter Don McNeil, deserve credit for revisiting the idea even after being skeptical early on.

I’m not sure we’re any closer to an answer today than we were a month ago or even six months ago. But at the very least, we’re back to considering all possibilities: the stigma of conspiracy has been eroded and the president is calling for a full report and genuine transparency from the Chinese government. That’s a step in the right direction.

This is an excerpt from Tangle, an independent, ad-free, non-partisan politics newsletter that summarizes the best arguments on the right and left. To read the full edition, click here.