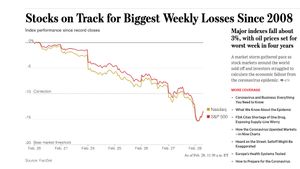 Tangle is an independent, ad-free, non-partisan politics newsletter that offers both sides of the biggest news stories every day. If you found this online or someone forwarded you this email, please consider supporting balanced, independent journalism by subscribing below:

Tangle is a Monday through Thursday newsletter, but I occasionally send out special Friday editions when a big story breaks, if there’s some stuff to catch up on or in order to do a deep dive. Today is a special edition to make sure you know about some of the stories that didn’t get a lot of attention this week.

Here are some moments that made me do a double-take in the last 24 hours:

Have a great weekend.

Tangle will be back on Monday. In the meantime, you can enjoy this awesome story about how Luxembourg’s public transportation system will be entirely free starting next week: Click.