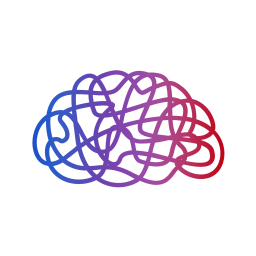 I’m Isaac Saul, and this is Tangle: an independent, ad-free, subscriber-supported politics newsletter that summarizes the best arguments from across the political spectrum — then “my take.” You can read Tangle for free or subscribe for Friday editions, and you can reach me anytime by replying to this email. If someone sent you this email, they’re asking you to sign up. You can do that by clicking here.

Today is Martin Luther King Jr. Day, a national holiday marking the birth of America’s most famous civil rights activist (you can read Martin Luther King III writing about his father in The New York Times today). For the last few weeks, I’ve been covertly working and writing from West Texas, in a quiet little border town that is one of my favorite places to escape to in the world.

I’m actually down here seeing some cousins, doing some research on a book I hope to finish sometime before I die, and getting out of the cramped apartment I’ve been stuck inside in New York for the last 10 months. I decided this weekend that I was going to take advantage of the day off to do some horseback riding, drink some mezcal, sit around a fire and soak up the fresh air before making the three-day drive back to New York City later in the week.

All that’s to say: today’s Tangle is going to be an abbreviated newsletter of quick hits — just nine things you need to know from the weekend. If you’re not yet a subscriber and missed Friday’s edition, we did a deep dive on socialism: the actual definition, the origins and history, the arguments for and against, and how it’s framed in U.S. politics today. If you want, you can subscribe to get access to that edition by clicking below:

We’ll be back tomorrow with a standard Tangle edition about Joe Biden’s COVID-19 plan that he unveiled last week (unless some other big news breaks between now and then).

Isaac and the Tangle team

In the last week, I’ve gotten more interesting, compelling and thoughtful feedback than at any time since I started writing this newsletter. I just wanted to thank you all for writing in.

As always, my pledge to readers isn’t just to be honest and transparent, but it’s also to be accessible — right now I am going through and responding to nearly every email that comes in. During the week, my response times usually max out at around 48 hours — if it’s any longer that just means I’m underwater (or you emailed right before the weekend, or somehow I missed your email). If you haven’t heard back from me yet, hang tight. I’m getting there!

In the meantime, if you’re still on the free list, please do consider becoming a Tangle subscriber by clicking here. If you want another way to support Tangle, go check out our merchandise store!